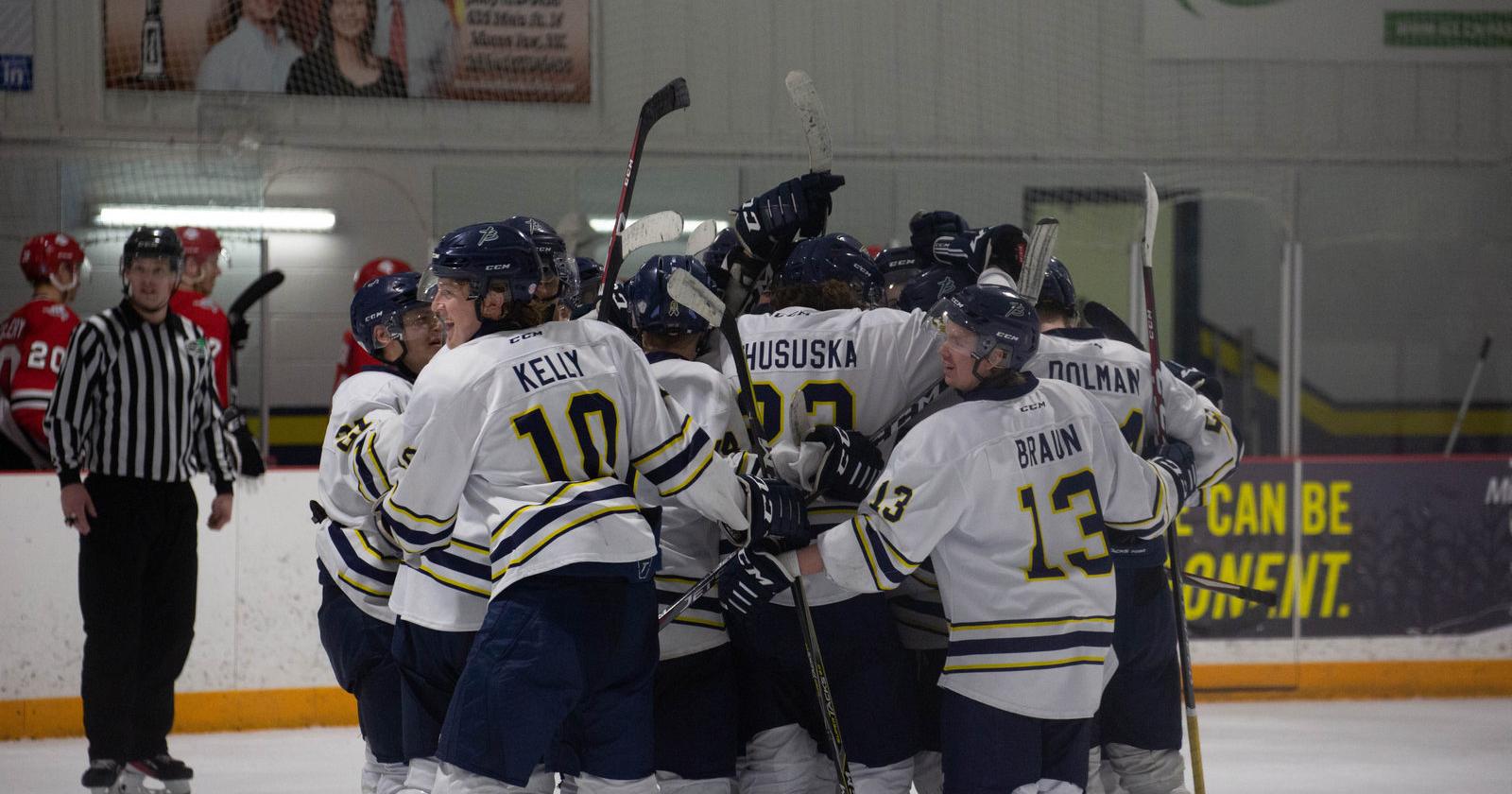 The 2022-23 Home Opener weekend will be against the Augustana Vikings, as Briercrest hosts them for a two-game series on October 28th at 7 pm, and October 29th at 2 pm. Be sure to plan to be at the Barkman Arena for all the excitement of this initial home weekend!

There are two home weekends in November for the Clippers, as the defending ACAC champion NAIT Ooks arrive on Friday, November 11th at 7pm in a rematch of last season’s ACAC semi-final playoff matchup. The teams play again on November 12th at 2 pm. Then, on November 25th and 26th, Briercrest and Portage face off here in Caronport for a Friday evening and Saturday afternoon game. That last weekend of November will also be the annual Briercrest Hockey Alumni Weekend, so we look forward to having many alumni back on campus then!

Heading into the second semester, the Briercrest home crowd will only have one opportunity to see their hockey team play here in January: Concordia comes to play on January 13th at 7 pm, as well as January 14th at 2 pm.

February has two home weekends on the schedule, as Briercrest faces off against the RDP Kings on February 3rd and 4th in a rematch of last season’s first-round playoff series, so there is sure to be some high intensity on the ice that weekend! They play Friday at 7 pm, and Saturday at 2 pm.

The final home weekend will be February 17th and 18th, as the SAIT Trojans come to town for a 7 pm game on Friday, and 2 pm game on Saturday. This will also be the Senior’s Weekend where we will celebrate the careers of the Graduating and Fifth-Year Briercrest Hockey players, so be sure to mark your calendars for that special weekend!

After a ground-breaking playoff run last season, which saw the team advance to the ACAC Semi-final series for the first time since joining the ACAC in 1997, the Clippers are hoping to carry that strong momentum into the 2022-23 campaign! New Head Coach, Sam Klassen, is bringing back a great core of returning players, including last year's team MVP, Dominec Tmej. Klassen has been working diligently to bring in strong new recruits to add to that core, since taking over the program in April, and it is sure to be another exciting season for Briercrest Hockey! We look forward to seeing you in the stands at the Barkman Arena!

As Briercrest has taught me the importance of abiding in Christ and participating in his Kingdom, I have learned that prioritizing my faith in God only strengthens my position as a business student and leader.
Hannah Spaulding (College) Class of 2022
Start your application